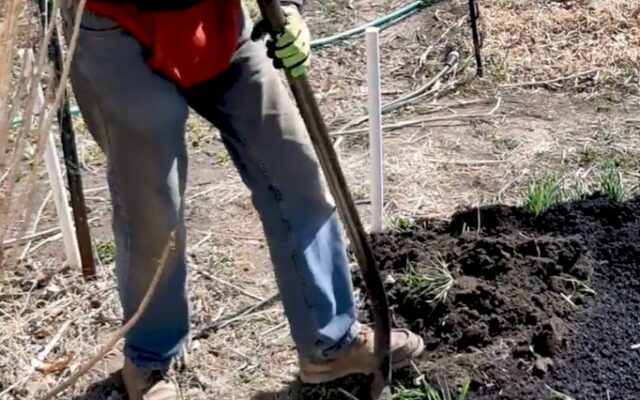 Lincoln, NE (June 29, 2020) Mayor Leirion Gaylor Baird and Bloomberg Philanthropies today announced that Lincoln will receive up to $400,000 in funding and technical support for a project to turn wood waste into biochar, a charcoal-like substance that can be used as a beneficial soil amendment. Lincoln is one of seven cities in the U.S. and Europe chosen to develop a biochar project that was first successfully demonstrated in Stockholm, Sweden, the winner of the 2014 Bloomberg Philanthropies’ Mayors Challenge.

“On behalf of the City of Lincoln, I want to thank Bloomberg Philanthropies for their generous support of our efforts to advance key goals of our Climate Action Plan and Resilient Lincoln initiative,” Mayor Gaylor Baird said. “Together with our partners, Lincoln is innovating to develop solutions that reduce our carbon footprint, create economic opportunity, extend the life of our landfill, and improve the soil we rely on to grow.”

The Mayor said the grant is also helping the city explore biochar’s potential for agricultural carbon credits, recovery and resale of energy by-products, and direct sale to gardeners and farmers.

“Biochar is proven to improve soil health, reduce stormwater run-off, and minimize the need for chemicals on crops and plants,” said Liz Elliott, Director of the City Transportation and Utilities Department. “Along with its benefit as an agronomic amendment, we plan to utilize biochar’s natural benefits by incorporation into landscaping projects, stormwater mitigation and compost enhancement. LTU and its partners have been conducting biochar trials with Community Crops, Parks and Recreation’s Sunken Gardens, the Hawley Hamlet Urban Agriculture Gardening Project and on a test plot near the City’s Northeast Water Resource Recovery Facility for nearly one year.”

Lincoln will build its first biochar production facility working closely with the Nebraska Forest Service, the University of Nebraska, and other stakeholders. The City is currently completing a feasibility study and design work for a processing facility which is scheduled to be operational by the summer of 2023. The University of Nebraska and the Nebraska Forest Service (NFS) have spent nearly 10 years testing and analyzing biochar, and NFS is contributing $100,000 to the Lincoln Biochar Initiative.

“Today, we are excited to continue our partnership with the City of Lincoln through the Lincoln Biochar Initiative to solve big problems and help achieve the City’s climate goals,” said Adam Smith, NFS Forestry and Fire Bureau Chief. “By creating biochar from the removed trees and other urban wood waste, the Lincoln Biochar Initiative will put these trees back to work for the community and surrounding areas by addressing critical climate-related environmental challenges, including soil health and water quality.”

“Biochar is a fascinating material to improve urban and agricultural soil while storing carbon in soil for a very long time thereby mitigating climate change,” said Dr. Michael Kaiser, Assistant Professor, UNL Institute of Agriculture and Natural Resources. “I am very excited to serve as the link between biochar research at UNL and the City of Lincoln’s Biochar Initiative, which will also have an impact on teaching and engagement of students in this great endeavor and partnership with the community.”

The other cities participating in the biochar initiative are Cincinnati, Ohio; Minneapolis, Minnesota; Darmstadt, Germany; Helsingborg, Sweden; Sandnes, Norway; and Helsinki, Finland. In total the projects are expected to produce 3,750 tons of biochar, which would sequester almost 10,000 tons of CO2 annually – the equivalent of taking 6,250 cars off the roads every year. In addition, thousands of residents across the seven cities will contribute to the success of this work.

“Stockholm’s Biochar Project is a remarkable example of how a great idea in one city can inspire positive climate action in cities around the world,” said James Anderson, who leads the Government Innovation program at Bloomberg Philanthropies. “We are eager to see how civic leaders in these next seven cities build on Stockholm’s lessons learned and take their own efforts to engage residents and reduce carbon emissions to entirely new heights.”

Since winning the Bloomberg Philanthropies’ Mayors Challenge in 2014 and opening its first of five planned biochar facilities in 2017, the city of Stockholm has produced over 100 tons of biochar and distributed it to 300,000 citizens. The amount of carbon this biochar will capture when fully operational  is equivalent to removing over 700 cars from Stockholm streets. In addition, the plant has begun to send energy back into the city’s heat grid and is currently heating 80 apartments.

“It’s great to see Stockholm’s Biochar project spreading around the world,” said Anna König Jerlmyr, Mayor of Stockholm. “In Stockholm, Biochar has become an important part of the City’s Climate Action Plan. With Bloomberg Philanthropies’ support for innovative cities, we can continue developing great ideas like the Biochar project, learn from each other, and join forces in the fight against climate change.”

Bloomberg Philanthropies’ Mayors Challenge identifies the most ambitious city ideas to tackle today’s most pressing challenges faced by cities and provides resources to bring those ideas to life and help them spread. Since its launch in 2013, 38 ideas have won the Mayors Challenge.