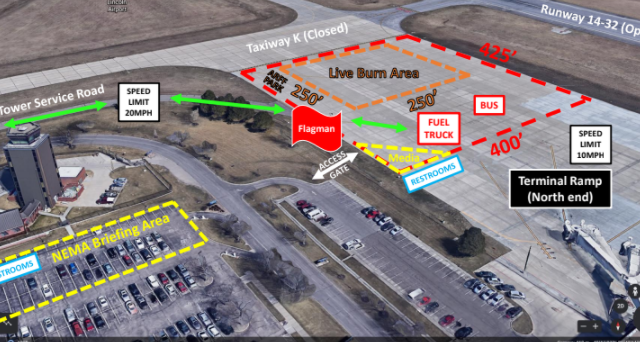 Lincoln, NE (September 8, 2021)  Normally, fire trucks and police cars heading for the airport at high speed would be a sign of trouble.  One day next week it will be just a drill.

Per Federal Regulations, each Airport must hold a full-scale airport  emergency plan exercise at least every 36 months.

This year’s scenario will focus on the dangers associated with airport terminal  ramp operations to include collisions between aircraft and vehicles and the threat of fuel  spills, fire and injuries as a result. The combined goal will focus on exercising community  emergency response plans and capabilities so the Lincoln Airport and supporting entities are prepared to handle worst-case scenarios related to the traveling public.

The Lincoln airport will remain open and operational during the exercise.  Community members may see an increased number of emergency fire and police  vehicles and other agencies who will be participating. The exercise will be conducted from noon to 2:00 p.m.