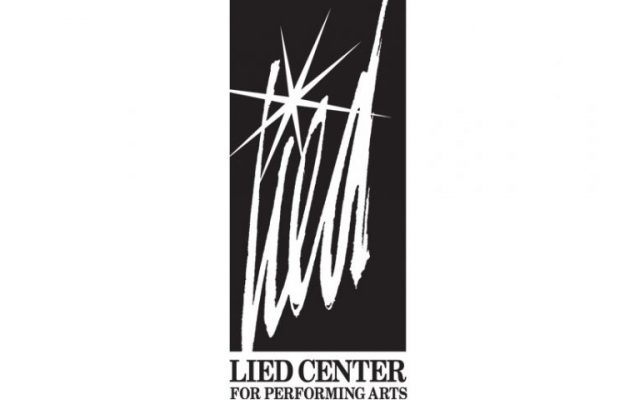 (KFOR NEWS  April 30, 2021)  The Lied Center believes that the arts are for everyone! As part of The Lied’s continuing  commitment to making the arts accessible to the people of Nebraska, six new virtual events will be presented in May.  All six are free to the public!  More information and registration links (when required) can be found at liedcenter.org.

The Lied Live Online concert featuring Lincoln native Sam Stacy also includes the option of attending in person at the Lied Center.  Tickets are free, but reservations are required.

Lunch & Learn: A Tiny Bit of Home
May 4, Noon
This event will be available to watch on the Lied Center Facebook page and at
liedcenter.org/live.
The Lied Center’s video podcast Lunch &amp; Learn is vibing out this month with a student takeover! A
talented roster of OASIS (Office of Academic Success and Intercultural Services) students joins us to
dazzle audiences with their artistry in a series of bite-sized concerts from home. Hosts Ryan and Jane
will sit down with each performer to hear their story, learn from their experiences, and watch their
performances LIVE. As we close out the most bewildering academic year in a century, join us for a
celebration with the UNL students who make our campus feel like home!

Capital Jazz Society: Adams &amp; Cooley Rat Pack Jazz
May 7, 8pm
This event will be available to watch on the Lied Center Facebook page.
The Capital Jazz Society's First Friday Series welcomes Adams and Cooley Rat Pack Jazz. Playing music
from the golden era of song, Jon Adams and Ron Cooley have worked together musically for many years,
though they have known each other even longer, growing up in the same neighborhood in Omaha,
Nebraska. Johnny Adams operates a Nashville-based publishing company, works as a production staff
director for recording artist Chip Davis &amp; Mannheim Steam Roller, and his skills as a songwriter have
been employed by entities ranging from local business owners to national recording artists. Ron Cooley
is an in-demand solo performer who has recorded six solo projects, and has contributed his talents as a
fretted instrument specialist for Chip Davis &amp; Mannheim Steamroller for many years.

Lied Live Online featuring Sam Stacy
May 9, 7pm
This event is being presented for both in-person and virtual audiences. It is FREE to attend in-
person, but a ticket is required. It will also be available to watch on the Lied Center Facebook
page and the Lied At Home Roku channel.
Sam Stacy is a Lincoln native who recently received national attention after winning a spot on Team
Blake on NBC’s The Voice! He was first introduced to music through choir at First Plymouth Church. He
got involved in musical theater and taught himself to play guitar at 12 years old. He graduated from
Lincoln Southeast, and during college he’d study by day and gig by night, taking a job at a bank after
graduating to keep his evenings free for performing. Once he started making more money from music
than at the bank, he quit his day job and never looked back. Stacy now lives in Los Angeles and is a full-
time musician.

Master Classes @ the Lied: Musical Theater Voice
May 16, 12-1:30pm
This event will not be broadcast publicly. Registration is required to attend.
This Zoom master class for students ages 11-18 will be an engaging musical theatre vocal master class,
led by recent UNL Vocal Performance graduate, Susan Twiehaus. In this workshop, students will focus on
character, auditioning, and song interpretation by receiving feedback and coaching on a 32-bar audition
cut. Students will learn how to break their songs into acting beats, develop their own unique
performance style, build self-confidence as a performer, improve audition technique, and learn from
peers. Participating students are asked to prepare a musical theatre song of their choice and provide a
karaoke or piano accompaniment track that is playable from a secondary device.

Tiny Lieders: A Hike Through the Forest
May 20, Noon
This event will be available to watch on the Lied Center Facebook page and at
liedcenter.org/live.
Get ready for a scenic hike across creative terrains with Tiny Lieders! Join Ashley Laverty, Artistic
Director of the Theatre for the Very Young company Kerfuffle, for a 45-minute forest and hiking-themed
movement, music, and yoga jam, specifically designed for children under 6 years old. Since 2015,
Kerfuffle has traveled the Midwest creating theatre and dance for and with young children, and we’re so
happy to bring them into your space for a fun morning of imagination recreation!

Huskers in the Spotlight: Daniel Ikpeama
May 25, Noon
This event will be available to watch on the Lied Center Facebook page and at
liedcenter.org/live.
The Lied Center’s livestream concert series featuring UNL students and alumni is back with Daniel
Ikpeama! Daniel is a local vocalist, conductor, and drummer studying for his doctorate in vocal
performance at the University of Nebraska-Lincoln. He is the current worship director at St. Andrew’s
Lutheran Church and formerly directed Big Red Singers, the University’s show choir. Daniel’s favorite
performance credits include Harashta in The Cunning Little Vixen and the Sheriff in The Gambler’s Son.
Daniel’s Huskers in the Spotlight concert marks his second collaboration with the Lied Center. In
February of 2020, Daniel was the vocal soloist and conductor for the Bill T. Jones/Arnie Zane Company
performance of What Problem?

READ MORE:   Armed Man Struggles With LPD – No One Hurt