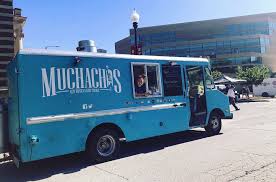 (KFOR NEWS  December 27, 2022)   Nebraska News Connection – With the booming popularity of food trucks, the people who own and operate them need a standard set of operating rules. That’s the point of some legislation soon to be introduced in Nebraska.  The Center for Rural Affairs has found a “mishmash” of regulations for food trucks in Nebraska cities, counties and Department of Agriculture inspection areas.

Johnathan Hladik, policy director for the Center for Rural Affairs, said this can make it difficult to grow their businesses.  He said nationwide, food trucks employed over 38,000 people and generated $2.7-billion in revenue in 2021, and Nebraska needs to join other states that have updated their statutes to adapt to this growing industry.

“Primarily, they have all eliminated redundancy and they’ve all simplified regulation. And so, now is the time for us to decide what that modernization should look like in Nebraska,” Hladik said.

He said the Center has worked with state Senator Ray Aguilar to draft legislation that would enable Douglas, Hall and Lancaster counties to observe “reciprocity agreements,” so each county would recognize a license from the other two. Hladik said this is a first step toward encouraging a set of high standards for food trucks statewide.

Hladik said, for example, owners wanting to work at events like the College World Series, a Nebraska football game or the State Fair would know they had to meet the standards for licensure in Douglas, Lancaster or Hall County.

“Where everybody knows what the standards are, there’s no uncertainty, you are not going to have to pay for extra permits every single time you want to go to a different county, etc., etc., etc. This will bring others along to meet those higher standards, if and when they want to go to those population centers. We think that’s going to be a benefit for everyone involved,” he said.

He added more than 500 towns, 93 counties and the state agriculture department all have varying abilities to establish regulations for food trucks.

Nick Maestas, owner of Muchachos Food Truck and Restaurant, said it seems now like every place has different rules and permit requirements.

“It is kind of a logistical nightmare to figure out what all do I need, who do I need to pay, how far in advance do I have to do this? And it can be discouraging for food truck vendors like myself. We just want to go and serve a community and pay the taxes in that community, and try to grow our brand at the same time.”

READ MORE:   Back To Work In Warmer Weather