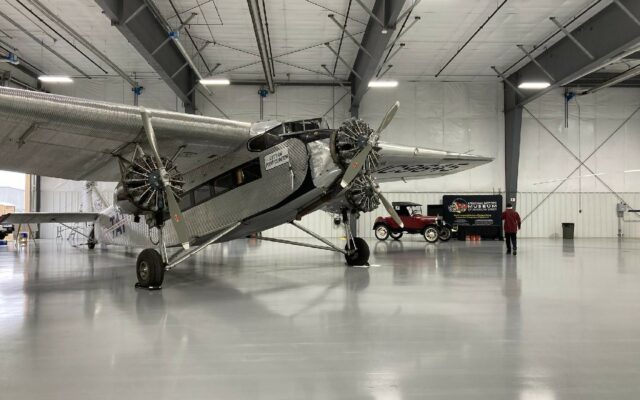 A fully restored 1928 Ford Tri-Motor Plane, which was America’s first passenger airliner, is on display this weekend at the Lincoln Airport.

The aircraft’s seat has a window and aisle.   The plane is on display at the Lincoln Airport’s Ross Aviation hangar through Sunday afternoon, to look through and ride, weather permitting.