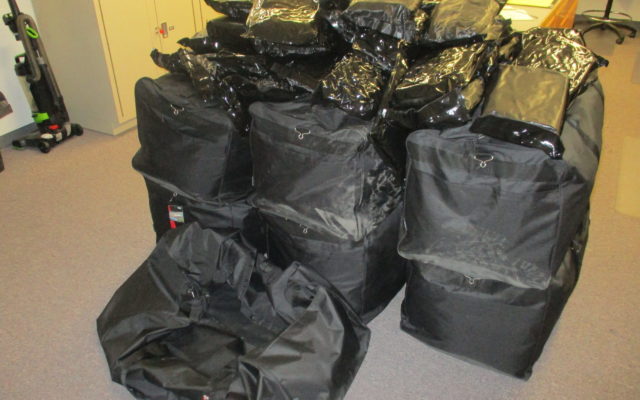 MILFORD–(KFOR Oct. 5)–A traffic stop Sunday afternoon on Interstate 80 near Milford resulted in one man from California arrested and the seizure of 350 pounds of marijuana.

The Seward County Sheriff’s Office said in a news release to KFOR News on Tuesday that a deputy initiated a traffic stop just before 10am Sunday on eastbound I-80 near mile marker 382 on a van.  During the stop, the deputy became suspicious that the driver was involved in criminal activity for several reasons.

It provided enough cause for the deputy to ask to search the van and got consent from the driver.

During the search, the deputy found seven large duffel bags that each contained 50 pounds of marijuana.

The driver, 19-year-old Eric Espinoza, was arrested for possession of marijuana of more than one pound, possession of a controlled substance with intent to distribute and no drug tax stamp.

The estimated street value of the marijuana seized is around $350,000.