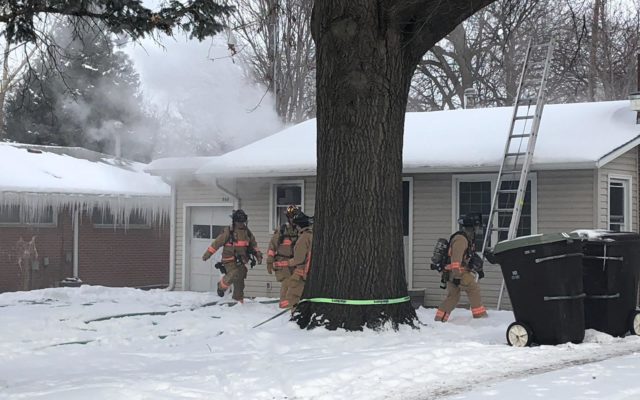 LINCOLN–(KFOR Feb. 17)–A fire broke out inside a central Lincoln home late Tuesday afternoon, causing an estimated $30,000 in damage.

Lincoln Fire and Rescue Captain Nancy Crist on Wednesday said when LFR crews arrived at the home in the 300 block of South 46th Street,  smoke was seen coming from the front of the house.  No one was home and a neighbor called 911 for help.

Firefighters forced their way inside the house, found the fire in the kitchen and were able to quickly put the fire out.  Crist says the fire was confined to the kitchen area and was caused by grease on the stove.

Crist says  several animals were rescued from the fire, one receiving oxygen via a pet 02 mask carried by every engine company.