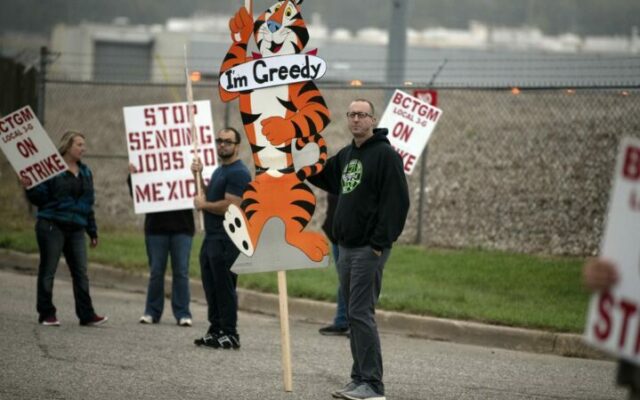 It’s complaining that striking workers are blocking entrances to its cereal plant and intimidating replacement workers who are entering the plant. The company based in Battle Creek, Michigan, asked a judge to order the Omaha chapter of the Bakery, Confectionery, Tobacco Workers and Grain Millers International Union to stop interfering with its business while workers picket outside the plant.

Workers in Omaha and at Kellogg’s three other U.S. cereal plants in Battle Creek; Lancaster, Pennsylvania and Memphis, Tennessee, have been on strike since Oct. 5.

Two days of contract talks earlier this month failed to produce an agreement.