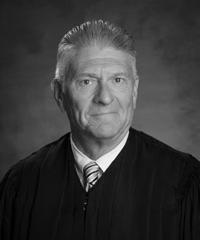 Nebraska Supreme Court Chief Justice Michael Heavican outlined the accomplishments of the state’s judicial branch in his annual State of the Judiciary address to lawmakers.

Heavican said the courts are running a joint pilot program with the Nebraska Department of Health and Human Services to increase the number of foster children who get reunited with their parents. The pilot is taking place in Dawson, Lancaster and Madison counties.

He said the court has also added so-called problem-solving courts throughout the state to help young adults, people who are addicted to drugs and alcohol, and veterans who face certain criminal charges.

Heavican also pointed to the judicial branch’s efforts to increase efficiency by providing clerk services for both county and district courts.

“Because district court clerks have traditionally been funded by county property taxes, this option has resulted in cost savings for those counties,” he said.