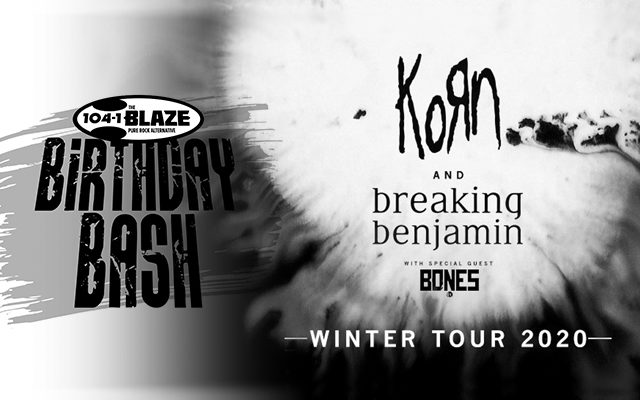 Korn’s latest album, The Nothing, one of the band’s heaviest records yet, deals with the loss of front man Jonathan Davis’ estranged wife in 2018.  Davis told Kerrang that recording helps the pain saying, “Every Korn record is therapeutic for me.  It keeps me alive.”

Davis told the magazine that he was ready to start 2019 after calling 2018 “the worst year” of his life, mentioning the drug overdose death of his estranged wife, Deven, in August 2018.

He also called releasing The Nothing “bittersweet” because he wanted to help others dealing with dark times but at the same time he was “hurting really bad” himself as the album was released.

Davis said he can listen to each Korn record and remember where he was at that specific moment in his life.  “It keeps me going.  It keeps me alive and helps the pain.”

Can’t wait for our 2020 BDay Bash with them next MONTH!