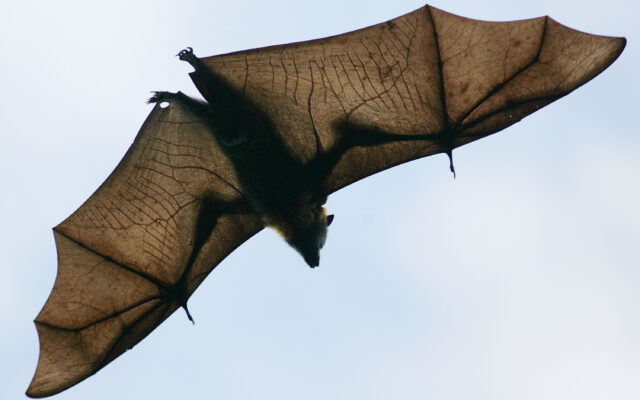 SYDNEY, AUSTRALIA - MARCH 20: A Grey-Headed Flying Fox flies through the air at the Royal Botanic Gardens March 20, 2008 in Sydney, Australia. Flying Foxes, or fruit bats, have taken up permanent roosts in the Botanic Gardens, causing major damage to heritage trees in the park. The Royal Botanic Gardens has begun a program to deter the flying foxes from roosting, as there are now some 11,000 bats roosting in the park. Deterents include noise to disturb sleep patterns, plastic bags attached to branches of trees, strobe lights, odours, and the playing of taped distress calls. (Photo by Ian Waldie/Getty Images)

40 years after biting off the head of a bat, Ozzy has now applied for planning permission to install bat boxes at his home in Buckinghamshire, England.