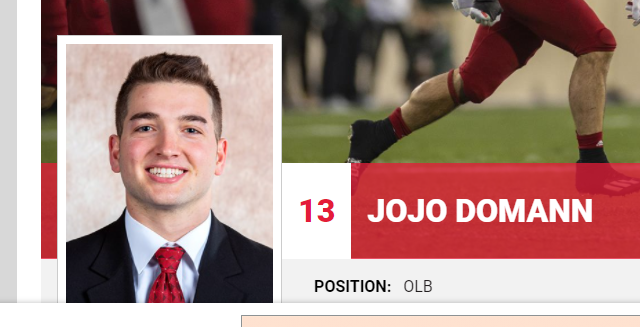 Lincoln, NE (November 11, 2021)  Nebraska linebacker JoJo Domann says his career with the Cornhuskers is over after surgery on his left hand. The sixth-year senior made the announcement on his podcast.

Domann said he injured a finger early in the Oct. 30 game against Purdue. Despite the injury, he played one of his best games of the season last week against Ohio State. He made nine tackles, intercepted a pass and broke up two others.

Domann played in 51 games and finished his career with 209 tackles. His 133 solo tackles rank 11th on the school’s all-time chart.