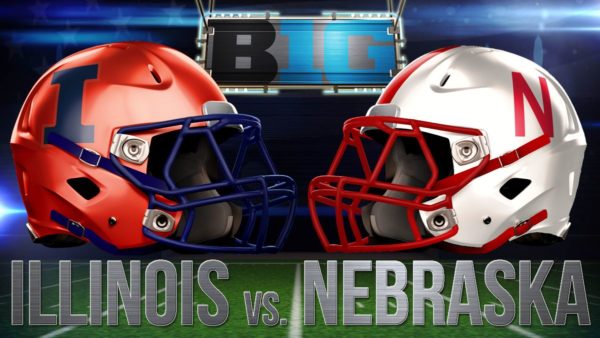 Following their first win of the season, the Huskers switched home uniforms for Saturday’s game against Illinois. And their performance changed, too. Nebraska was sluggish, sloppy, and unfocused against Illinois on an overcast day at Memorial Stadium. The Huskers lost to the Fighting Illini, 41-23, in a mistake-filled performance. The Huskers turned the ball over five times, committed seven penalties, and never held the lead against Illinois (2-3). With the loss, the Huskers’ record drops to 1-3 while slipping to last place in the Big Ten West.

Nebraska played without running backs Dedrick Mills and Ronald Thompkins, who are out with injuries. McCaffrey rushed for a team-best 122 yards on 26 carries. Wan’Dale Robinson added 60 rushing yards and 43 receiving yards. Senior linebacker Collin Miller suffered an injury in the third quarter and left the game on a stretcher. The injury caused the game to be paused for more than 10 minutes, as the medical staff put a brace around Miller’s neck and head.