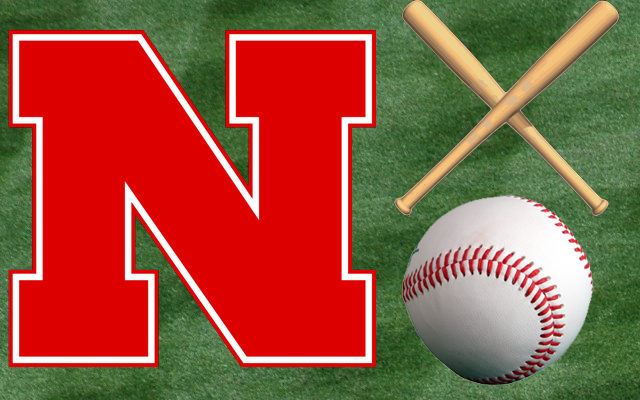 Mason Ornelas pitched four innings in the start, allowing three runs on three hits and striking out a pair of Spartans. Braxton Bragg moved to 2-6 on the year after surrendering an unearned run on three hits in 3.2 innings of work. Corbin Hawkins and Chandler Benson recorded one out each, while CJ Hood posted the final two outs to earn his first collegiate save.

Anderson led Nebraska at the plate, going 4-for-5 with a double, two home runs, four RBI and a pair of runs scored. Griffin Everitt went 2-for-5 with a three-run homer, while Colby Gomes, Efry Cervantes and Luke Jessen also pieced together two-hit games for the Big Red. Leighton Banjoff was 1-for-4 with a solo homer.

The Spartans opened the game with a walk and a double, followed by back-to-back RBI groundouts to jump ahead 2-0 in the opening frame.

Nebraska answered in the bottom of the first, plating three runs on a couple of hits to take a 3-2 lead. Cam Chick and Garrett Anglim drew consecutive walks, setting up Anderson’s three-run shot to right for his ninth home run of the season.

Michigan State appeared to take a 5-3 lead in the third with a three-run home run of its own, but Anglim climbed the wall in right to rob Casey Mayes of a three-run homer to keep the 3-2 lead for the Huskers.

Brock Vradenburg opened the fourth with a solo homer to right to tie the game at three.

Jessen’s single and a walk to Chick placed two runners on base for Nebraska in the bottom of the fourth, while Everitt smacked a three-run homer to left to give the Huskers a 6-3 lead.

Brice Matthews and Jessen reached on back-to-back singles in the fifth, before Cervantes singled home Matthews to stretch the lead to four. Jessen later scored after Chick lifted a sacrifice fly to center, making it an 8-3 game after five innings.

Bragg blanked the Spartans in the sixth and seventh innings, while Banjoff smacked a solo home run in the bottom of the seventh to expand the lead to 9-3.

Michigan State scored a run in the eighth on a sacrifice fly. The Huskers got the run back immediately in the bottom of the eighth with Anderson’s solo home run to left center.

An RBI single and a grand slam brought the Spartans with a run with no outs in the top of the ninth. Following the grand slam, Michigan State had two consecutive singles to put the tying run at second and the go-ahead run at first. Benson got the strikeout for the first out of the inning, before Hood took the mound and retired the two batters he faced to clinch the series for the Huskers on Saturday.