Husker Volleyball ends regular season with win over No. 6 Purdue 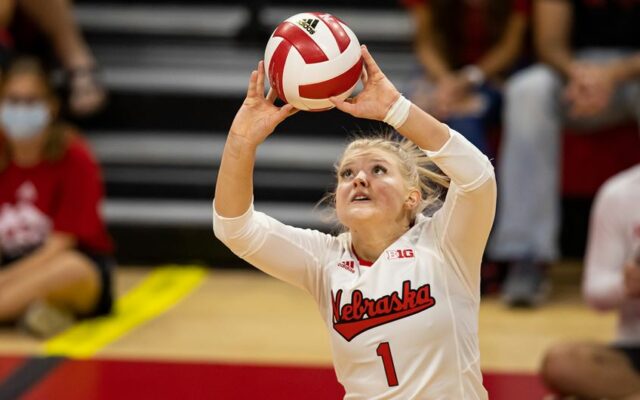 Kayla Caffey blasted 13 kills on .650 hitting to go with four blocks, and Lauren Stivrins chipped in 10 kills with a team-high five blocks.

Nicklin Hames’ team-leading 19th double-double of the season came on 44 assists and 18 digs with two blocks and an ace.

Lexi Rodriguez powered the Husker defense with a career-high-tying 28 digs and added four assists. Keonilei Akana joined her in double figures with 10 more digs and served a team-leading three aces.

The Boilermakers were led a double-double from Caitlyn Newton, who had 11 kills and 12 digs with three blocks. Grace Cleveland added nine more kills, and Raven Colvin had a match-high seven blocks.

With the regular season complete, Nebraska awaits its fate for the NCAA Tournament, which begins with the first and second rounds, Dec. 3-4, on campus sites. The complete 2021 tournament field will be unveiled during the NCAA Selection Show this Sunday, Nov. 28 at 7:30 p.m. CT on ESPNU.