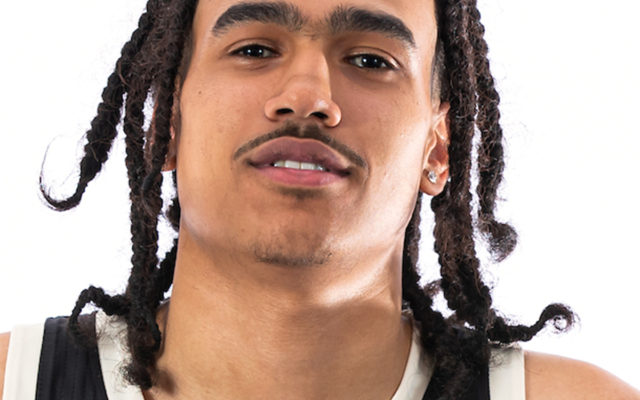 LINCOLN–(NU Athletics July 29)–Dalano Banton became the second Husker basketball player selected in the past three years, as he was a second-round selection during Thursday’s NBA Draft at the Barclays Center in Brooklyn. Banton was taken with the No. 46 pick by his hometown Toronto Raptors.

“Dalano came to Nebraska two years ago with a goal of wanting to reach the NBA and has worked hard to make that goal a reality,” Nebraska Coach Fred Hoiberg said. “Everyone in our program is happy for Dalano because so few people are selected each year. It should also serve as motivation for our current team with the system we play that gives our players an opportunity to work in an NBA-style system.

Banton played in all 27 games, including 22 starts, for the Huskers in 2020-21 after sitting out his first season in the program. He averaged 9.6 points per game while leading the Huskers in both rebounding (5.9) and assists (3.9) per game after transferring from Western Kentucky. Banton finished in the top 20 in the Big Ten in assists (ninth), blocked shots (15th) and rebounding (18th) and became the first Husker since 1974 to lead NU in both rebounding and assists in the same season.

His 2020-21 campaign was highlighted by the second triple double in school history (13 points, 11 rebounds, 10 assists) in just 21 minutes against Doane, one of 14 double-figure scoring efforts on the season. He also had a pair of double-figure rebounding efforts, including 10 rebounds against Wisconsin. Banton also had eight games with at least six assists, including eight dimes against North Dakota State and seven each against both No. 17 Michigan State and Indiana.

Banton will begin his professional career next month in the MGM Resorts NBA Summer League in Las Vegas from Aug. 8-17. All games will be on the ESPN family of networks or NBA TV and on the ESPN App.