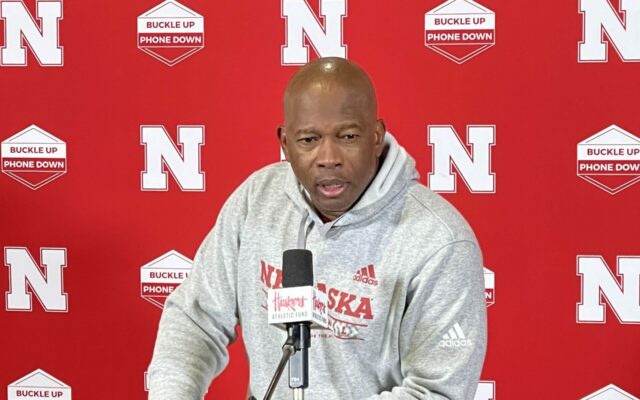 “We went in the stadium today,” Joseph said. “We will go inside tomorrow. We wanted to go in the stadium so we could get a feel for it and so the quarterbacks get to throw in the stadium because the wind in Nebraska can be a little tricky at times. We took them out there today. It was a good practice though. It was detailed. We were on point with things, and I feel good about where they are at right now.”

Joseph discussed the mentality backups need to have.

“We always talk to these kids about even if you are not the starter, you have to prepare like you are the starters so you will not be surprised if you are in the game because you never know when you are going in the game,” he said. “So, if you are a backup, you are just one play away from playing. If you a third string guy you are just two plays away from playing, so we had to develop that mindset here that when you are on the sideline, just because you are not getting reps physically, mentally you have to get reps.”

He also talked on the importance of being a physical team.

The Huskers will kick off against Illinois at 2:30 p.m. (CT) at Memorial Stadium. The game is set to be televised on ABC.