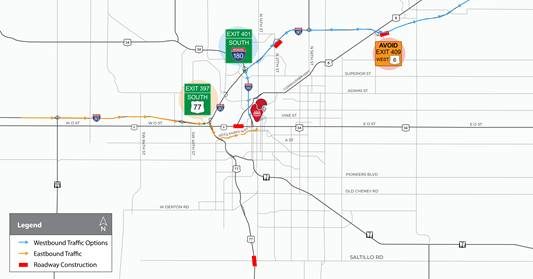 (KFOR NEWS  October 8, 2021)   The Nebraska Department of Transportation (NDOT) is urging drivers to follow safety guidelines as they drive to and from the Husker game against Michigan on October 9th.

The following tips will help everyone have a safe night on the roads:

NDOT’s recommended routes to and from Memorial Stadium:

For drivers arriving in Lincoln from the east: Take Exit 401 to south Interstate 180 (I-180) into downtown Lincoln.