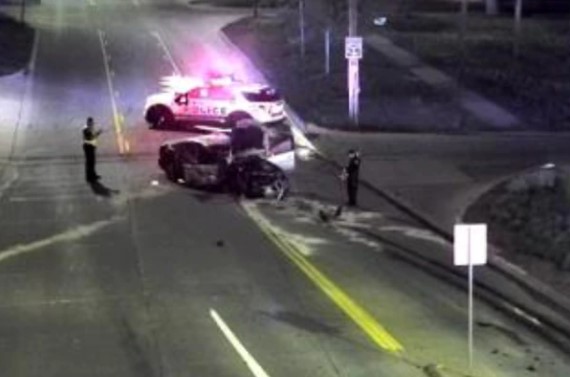 Lincoln Police Capt. Ben Miller tells KFOR NEWS injuries did not appear to be serious from a crash around 2:15 Tuesday morning.

The State Patrol was involved in a pursuit, but to what extent or where the pursuit began has not been released.  KFOR NEWS has reached out to a State patrol spokesperson, but has not received a reply.

A reporter from our partner, 10/11 NOW, reports a silver four-door car was in the median of 48th Street with significant damage.  The other vehicle involved appeared to be a dark-colored SUV with heavy front-end damage that was on a parking lot curb outside Little Caesar’s Pizza.

Stay with KFOR NEWS for updated.