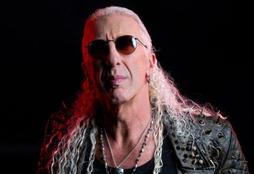 Back in the early 80’s Twisted Sister gained popularity because MTV played the shit out “I wanna rock” and “Were not gonna take it.” Those two songs/videos made TS a household name.

The band was set to play the Omaha Civic Auditorium on the “Stay Hungry” tour and I really wanted to go. At this point I was a young man and still had to ask my parents to drive out of town. My Mom felt that I’d been to enough shows for awhile and should be taking a break. Taking a break from concerts? WTF Mom? You don’t just “Take a break” you keep going to more. Anyway, I missed the show. At the time I figured I’d have a chance to see them again. NOPE! Never had the chance to see them again. I did get to interview Dee Snider and see his solo band, but never got to see the full original band. Thanks Mom!

In a recent interview Dee Snider said he is 100% sure TS will never reunite. With the loss of original drummer AJ Pero in March of 2015 I believe Dee doesn’t think it’s right to play without all original members. I respect the hell out of that decision. Every time I see Phil Anselmo talk about reuniting Pantera for a few shows I cringe. Leave it alone. You have half the band and the half that’s gone was the most important part of the band. As far as Twisted Sister is concerned, I don’t want to see the band play without all of the original members. I am glad Dee doesn’t see the need to force something that just doesn’t work without the original guys.

More of the story from Blabbermouth