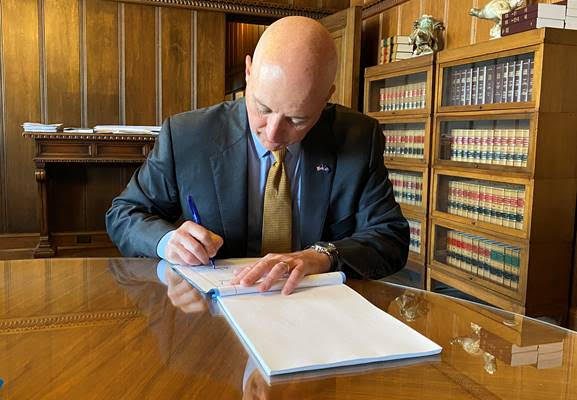 “I am calling on the Nebraska Department of Education to scrap their proposed sex education topics that are included in their draft health standards.  The new standards from the department would not only teach young children age-inappropriate content starting in kindergarten, but also inject non-scientific, political ideas into curriculum standards.  The sex education standards represent a significant shift in approach to health education, and many of the new themes are sensitive topics that should be addressed by parents at home and not by schools.”

“The draft standards were developed with the help of political activists, and without the input of key mainstream organizations.  I am urging Nebraska parents to speak up now, and to share their reaction with the department, so it can be made a part of the formal record to the full board.”

Nebraskans can review the new sex education and health standards by clicking here.  Members of the public can submit formal comment by emailing [email protected].