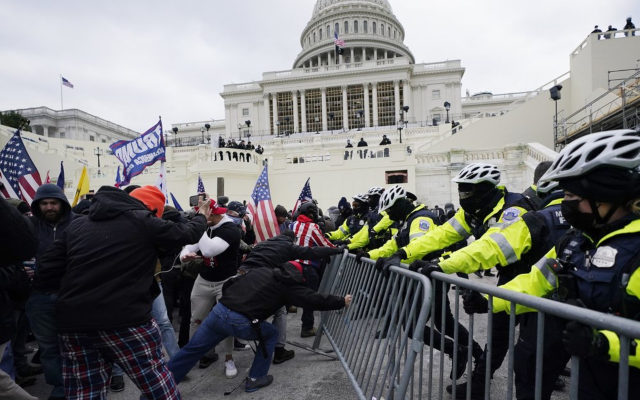 “What is happening at the U.S. Capitol is unacceptable.  I condemn the violence in the strongest possible terms.  Peaceful protest is the American way.  Violence and destruction of property are not.  I encourage the violent protestors in D.C. to leave and go home.”

“The peaceful transition of power is fundamental to our democracy. These acts of aggression at our nation’s Capitol are antithetical to our values. I join leaders on both sides of the aisle and at all levels of government in calling for an end to the violence and for allowing the final certification of the electoral college.”

Today’s violent assault on our US Capitol is an affront to the principles of our Constitution. We are a nation of laws that are designed to maintain order and protect our freedoms. These freedoms include the right to peacefully protest, but lawlessness by any individual or organization cannot be tolerated. We as a people are better than this. We must live up to the greatness of this nation and not submit to lawless impulses.

Nebraska U.S. Senator Deb Fischer said “These rioters have no constitutional right to harm law enforcement and storm our Capitol. We are a nation of laws, not some banana republic. This must end now.”

This is a developing story.  Check back for additional developments.