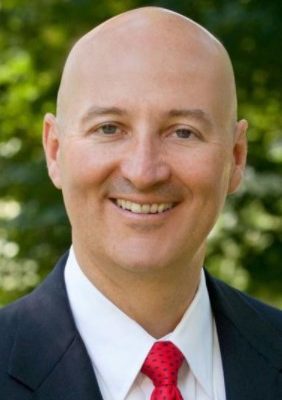 LINCOLN, NE (November 18, 2021) –  Governor Pete Ricketts issued a statement today, following news that the University of Nebraska-Lincoln (UNL) has released a “Commitment to Action” as part of its “Journey for Anti-Racism and Racial Equity.”

“From racially motivated hiring practices to harmful trainings, the University’s plan would inject Critical Race Theory (CRT) into every corner of campus,” said Gov. Ricketts.  “It will pit people against each other by conditioning everyone to see others through the lens of race rather than as individuals with unique strengths.  UNL’s focus should be on educational excellence, not ideological indoctrination.”

“On Tuesday, Chancellor Ronnie Green called to inform me that the University would be releasing a plan regarding their hiring practices,” said Gov. Ricketts.  “I urged Chancellor Green to avoid divisive policies.  Since then, Chancellor Green has misrepresented my position on it in conversations with University stakeholders.  He has told people that I support it, and nothing could be further from the truth.”

“We now know why the UNL administration was so opposed to the Board of Regents resolution that would have banned CRT from being applied at the University.