Google Announces Plans To Invest $500 Million In Nebraska This Year 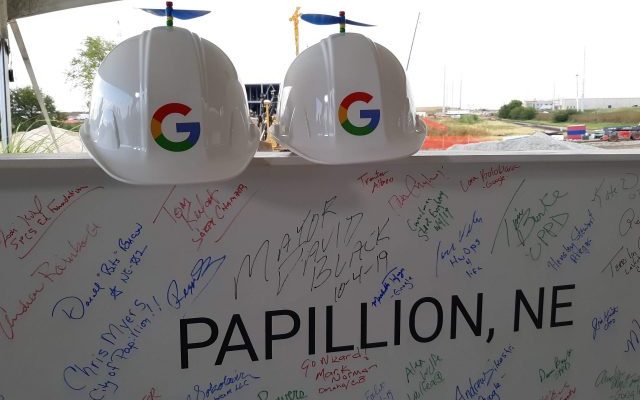 “I believe a lasting economic recovery will come from local communities, and the people and small businesses that give them life,” said Sundar Pichai, CEO, Google and Alphabet “Google wants to be a part of that recovery. That’s why we plan to invest over $7 billion in offices and data centers across the U.S. and create at least 10,000 new full-time Google jobs in the U.S. this year.”

Google has called Nebraska home since 2019 when it officially broke ground on a new data center in Papillion, Ne. The data center, which is now operational, has created hundreds of construction jobs and will support a range of full-time careers at Google and with its external suppliers, with potential for future expansions. The site is expected to be fully operational in late 2021. Nebraska and the surrounding area – including Google’s largest global data center located less than 20 miles away in Council Bluffs, Iowa – is part of the company’s larger economic commitment in North America.

“Since arriving in our community, Google has created a wealth of jobs through the construction of its data center and elevated Papillion as a hub for tech innovation,” said Papillion Mayor David Black. “We look forward to Google continuing to create meaningful opportunities for our residents, and we are excited about our strong community partnership.”

“As with many companies from across the fruited plain, the folks at Google know firsthand that Nebraska is the perfect place to do business,” said U.S. Representative Don Bacon. “The news that Google will be expanding their footprint is proof positive of the economic strength and vitality of our state and our workforce. We are thankful to have them as part of our community and are pleased that they continue to make an impact in development and the local job market.”

Google also released their 2020 Economic Impact Report today, sharing how more than 102,000 Nebraska businesses, publishers and nonprofits used Google products last year to increase their online presence and connect with the people and communities they serve — generating $3.36B in economic activity in 2020.

Eat.Move.Rest in Lincoln, Ne. was highlighted in Google’s 2020 nationwide Economic Impact Report in a case study that details how they used digital tools to increase their online presence and reach customers.

“It’s invaluable to have a platform like Google. It’s affordable, it always works, and it makes everything we do seamless,” said Dusty Stanczyk, Eat.Move.Rest co-founder.

Eat.Move.Rest.is one of many American businesses that used the internet to adapt to new challenges last year. A poll conducted by the Connected Commerce Council on February 12-26, 2021, found that:

●        91% percent of Nebraska small businesses increased their use of digital tools during the COVID-19 crisis.

●        78% of Nebraska businesses feel digital tools are either important or essential in operating their business.

About Google in Nebraska

Google has called Nebraska home since 2019 when it officially broke ground on a new data center in Papillion, Ne. The data center has created hundreds of construction jobs and will support a range of full-time careers at Google and with its external suppliers, with potential for future expansions. Nebraska is part of the company’s larger economic commitment in North America.

The Economic Impact Report details Google’s national and local impact in all 50 U.S. states, plus Washington, D.C. and Puerto Rico. It has been released annually for the last 12 years. In 2020, Google Search, Google Play, YouTube, and Google advertising tools helped provide $426 billion of economic activity for more than 2 million American businesses, nonprofits, publishers, creators and developers.