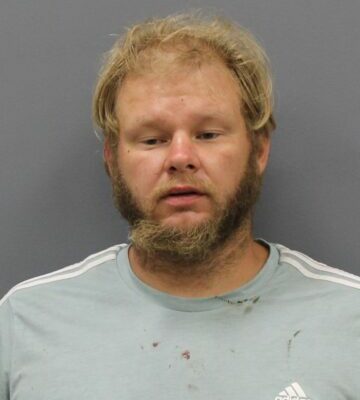 A Seward County deputy observed a speeding vehicle westbound on Interstate 80 near Goehner, NE.  The deputy attempted to conduct a traffic stop on this vehicle.  The vehicle fled at a high rate of speed and exited the Interstate at exit 373.  The vehicle continued to flee on county roads until the deputy was unable to see the fleeing vehicle, at which point the pursuit was terminated.

A short time later, another Seward County deputy observed the vehicle traveling at a high rate of speed on Highway 6 near Rokeby Rd entering into a second pursuit.  The pursuit entered Lancaster County, at which time the second pursuit was discontinued.  The Nebraska State Patrol had previously been advised that the vehicle was headed towards the City of Lincoln.

A Nebraska State Trooper observed the suspect vehicle collide with another vehicle at the intersection of O Street and Highway 77.  The operator of the vehicle was identified as 27 year old, Marcus A. Vogt of Fremont, NE.  Investigation at the crash scene revealed the vehicle was stolen out of Fremont, NE.  The license plates on the vehicle were switched from another vehicle that were also stolen. Vogt and two passengers from the vehicle he was operating, as well as the operator of the second vehicle in the collision, were transported to Bryan-West.  All individuals involved in the crash were treated and released. Seatbelts were used in both vehicles.