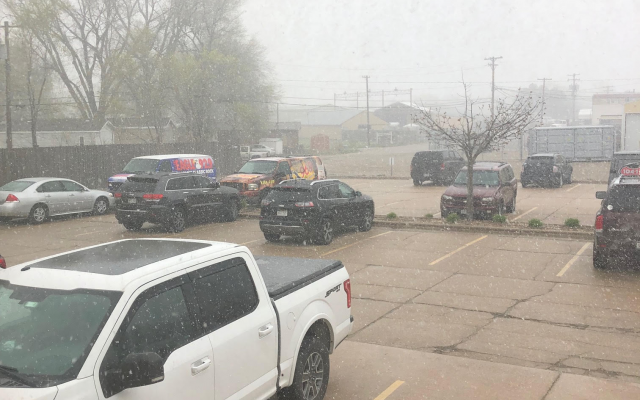 Lincoln, NE (April 19, 2021)  Old Man Winter is not yet ready to give up his position of ruling outdoor activities.  A Freeze Warning is in effect for Lincoln and much of Eastern Nebraska for both Tuesday and Wednesday mornings.  Lows of 29 degrees are predicted for both mornings.

Light to moderate snowfall has been noted off and on throughout Monday afternoon in Lincoln, and is expected to continue throughout the night.  Partly sunny skies and a high near 50 degrees can be expected on Tuesday, with warming expected for the second half of the week.

Ironically, the same type of late season snow, with little accumulation, but a big influence on outdoor activities, occurred in the same time period last year.