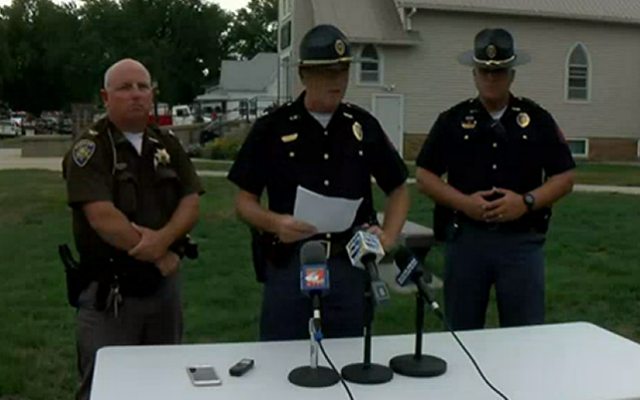 State Patrol Col. John Bolduc said at a news conference that firefighters responding to a call about an explosion and fire at one of the homes found the body of one person inside.  Three other bodies were found in the second burning home, just two blocks away.  It was reported while fire fighters and police were at the first home.

Authorities haven’t released the names of the dead nor explained how or if they were related. They also have not speculated about the motive, saying the investigation is ongoing.

Colonel Bolduc said the State Fire Marshall has determined that accelerant was used to start both of the fires, and that it is likely that anyone inside the homes at the time may have suffered burns.

They say witnesses reported seeing a man leaving Laurel in a silver car shortly after the fires were reported.  Bolduc said he was described only as a black man, but said he also may have stopped to pick up a passenger on the way.

Anyone with information is urged to call the State Patrol or the Cedar County Sheriff’s office.