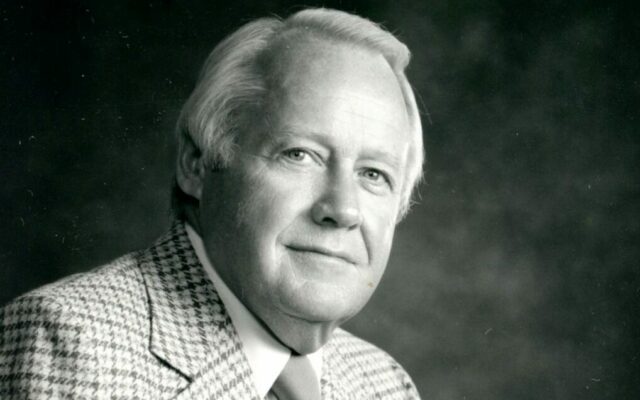 LINCOLN–(KFOR Jan. 5)–A longtime Lincoln radio executive, who spent more than 30 years running KFOR and sister station KFRX and became a major player in the broadcast industry nationally, has died.

Dick Chapin passed away Wednesday in Lincoln.  He was 99-years-old.

According to the Nebraska Broadcasters Association, Chapin got his start in broadcasting in March 1953, joining  KFOR as an account executive.  By September 1953, he was named General Sales Manager and the following year was named General Manager of KFOR Radio and Television.

In 1958, he was elected Vice President of Stuart Investment Company, the parent company of Stuart Broadcasting Company, owners of KFOR and KFRX.

KFOR’s Cathy Blythe worked for Chapin in a couple of roles at the station beginning in 1972, before becoming the KFOR Morning Show co-host with Scott Young in September 1982. She says she tried to gracefully back away from it.

“He kept calling me over the course of three weeks, telling me ‘We will make this work.”

It did.  Blythe spent over 30 years co-hosting the KFOR Morning Show and hosting “Problems and Solutions”, which led to her to receive major state and national awards in the industry and induction into the Nebraska Broadcasters Association Hall of Fame in 2011.

Blythe tells KFOR News Chapin was a big deal in the broadcasting industry.

“It really wasn’t unusual to have somebody like Paul Harvey just call the front desk and ask for Mr. Chapin,” Blythe said.

He formed Chapin Enterprises, his own media brokerage firm, in 1989. He also went into station ownership purchasing radio station KSYZ in Grand Island which he helped manage and later sold in 1999.

On a national scale, Chapin served as chairman of the National Association of Broadcasters, a position that capped eleven years of NAB service. In 1974, he received the NAB Distinguished Service Award, the broadcast industry’s highest award a broadcaster can receive. He also was elected chairman of the Radio Advertising Bureau in 1983. Chapin is the first person ever to be elected as chairman of both the Radio Advertising Bureau and the National Association of Broadcasters.

Chapin served two terms as president of the Nebraska Broadcasters Association. In 1972, he was given an Honorary Lifetime Membership in the Association and was inducted into the NBA Hall of Fame.

Services for Dick Chapin are pending.