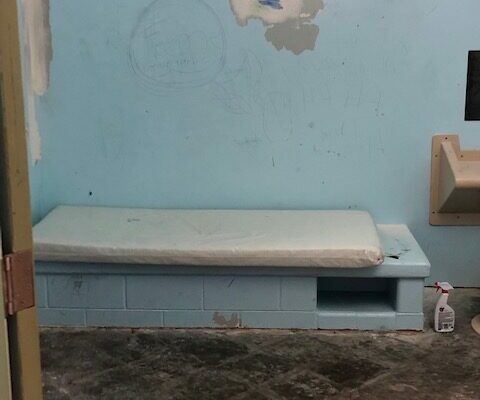 Lincoln, NE (October 19, 2021)  Three girls who are former inmates have filed a lawsuit over the treatment they received at the State’s Youth Rehabilitation and Treatment Center in Geneva.  The three claim the conditions at the Center violated the U.S. Constitution and Federal Law.

The lawsuit comes after the release of a 2021 report documenting failures of leadership that compromised the facility’s mission and traumatized youth before the Nebraska Department of Health and Human Services (DHHS) eventually shut down the center.

The lawsuit states DHHS employees failed to provide adequate mental health care, staffing, and disability accommodations as required by the Americans with Disabilities Act and the Rehabilitation Act. It also states YRTC-Geneva staff subjected youth to inappropriate and unlawful solitary confinement in an attempt to maintain control over the short-staffed facility.

One plaintiff, filing anonymously as A.W., was held in solitary confinement at least 10 times during her two months at YRTC-Geneva.

“I felt unsafe and unheard,” she said. “At one point, I was locked up alone for six days straight. There were times I tried to get staff’s attention and had to bang on the door for an hour. When I tried to call my mom after I got out of the room, they wouldn’t let me. I knew that wasn’t right but I felt like I had no control over the situation.”

A mother representing her teenage daughter in the case said even though she told employees about her daughter’s mental and physical health needs, the teenager repeatedly did not receive the care she needed. Her condition deteriorated as a result. The mother is identified anonymously as J.P.S. in the lawsuit to protect her teenage daughter’s identity.

“If any parent treated their kids like the staff treated my daughter, they’d have their children taken away,” the mother said. “Without a doubt, my daughter came out worse than when she went into the system. I want to make things right for her and I want to make sure no one else is subjected to the same awful treatment.”

Amid increased scrutiny, DHHS moved all of the girls out of YRTC-Geneva in August of 2019. In July of 2020, DHHS CEO Dannette Smith announced plans to permanently close the site.

The attorneys on the case say the facts are well-documented.

“Everyone knows it was a spiraling crisis, a situation so dire that youth had to be moved out for their own safety,” said Scout Richters, legal and policy counsel at the ACLU of Nebraska. “It never should have reached that point. DHHS failed in their legal responsibility to protect youth from harm and in doing so they violated our clients’ constitutional rights. This case is about addressing those failures and the resulting trauma.”

“DHHS oversaw inhumane conditions and inadequate care until state senators and public watchdogs intervened,” said attorney Vince Powers. “They were deliberately indifferent to the harm that was happening under their watch. As DHHS moves forward out of this crisis, we can’t forget the youth who were hurt along the way.”

The lawsuit seeks a court judgment that DHHS violated the young women’s rights and monetary damages as the judge sees fit.