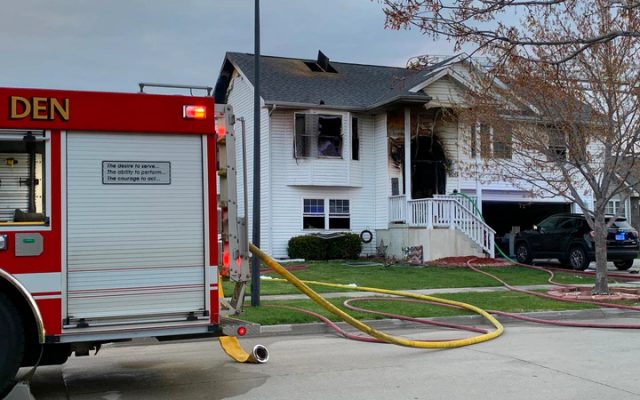 LINCOLN, Neb. (KOLN) – Five people are without a home this morning after a two-alarm house fire in north Lincoln.

The call came in just after 6:30 a.m. after one of the occupants reported his back porch was on fire. Battalion Chief Jim Bopp says first arriving crews had heavy fire showing from the back side of the home near 18th & Spring Meadow Drive.

“The fire was spreading through the front door when firefighters began initiating fire attack,” Chief Bopp said. Crews eventually did a transitional attack from the back side of the home where the majority of the fire was, to the front side, in order to get the flames extinguished.

LFR says all five occupants inside the home made it out safely. However, one cat has died and two others are missing.

Chief Bopp said the fire may have been started by some embers from a fire pit that had been used last night by the residents. The home is considered a total loss.