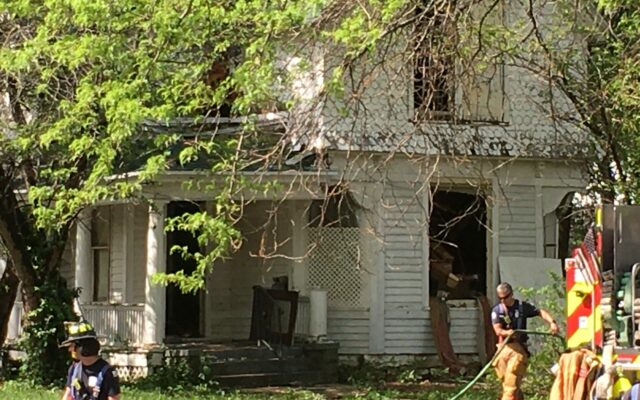 LINCOLN–(KFOR May 13)–Firefighters had to deal with extensive hoarding conditions inside a northeast Lincoln home that was on fire on Friday morning.

It happened at a two-story, condemned home on the southwest corner of 46th and St. Paul. LFR Battalion Chief Jeremy Gegg told KFOR News at the scene tried to get inside to attack the fire, but crews could not find the stairwell that led up to the second floor.  Crews then had to fight the fire defensively, which means putting it out from the outside.

No one was hurt and the cause of the fire remains under investigation. Gegg says the resident had been living in another location for a while and there is no evidence of this fire being suspicious in nature.  There was some evidence of transient activity, but Gegg says the owner has done a good job of keeping the home boarded up.

The house is a total loss.