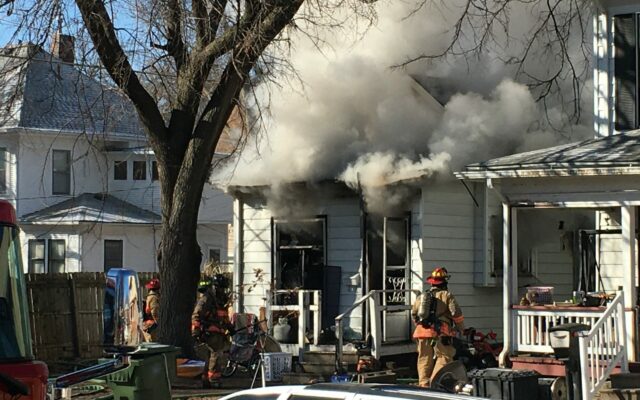 LINCOLN–(KFOR Feb. 25)–Lincoln Fire & Rescue had to deal with another house fire this week, the latest one happened late Friday morning in the Near South area.

LFR Captain Nancy Crist told KFOR News at the scene off of 20th and Sumner Street that crews were called around 9:45am about someone reporting smoke and flames coming from a home.  First arriving crews could see heavy smoke on approach.

Initially, firefighters went inside to fight the blaze, but found debris and other obstructions in the home that limited their ability to attack it from the interior.  Crews were called back outside and fought the fire defensively until they completely knocked it down.

One person suffered some minor injuries and their status isn’t known, according to Crist.  What caused the fire and how much damage was done remain under investigation.