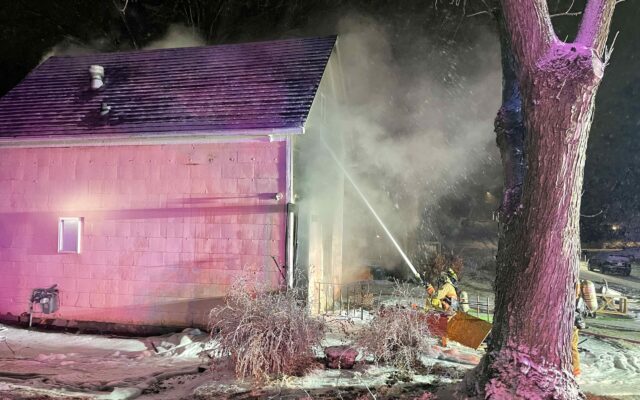 LINCOLN–(KFOR Jan. 19)–A fire broke out inside an unoccupied home in south Lincoln early Thursday morning and Lincoln Fire and Rescue crews had to endure the winter weather conditions to battle the flames.

LFR Captain Nancy Crist tells KFOR News fire crews were called to the home off of the southeast corner of 49th and Pioneers where they found fire fully involving the house.  Crews had to fight the fire defensively, meaning from the outside.  Once it was knocked down, firefighters found out that no one was in the home.

Crist says the home is a total loss with an assessed value of $94,100.  While the cause of the fire hasn’t officially been determined, Crist says a preliminary report indicates it may have been electrical in nature.

No one was hurt.