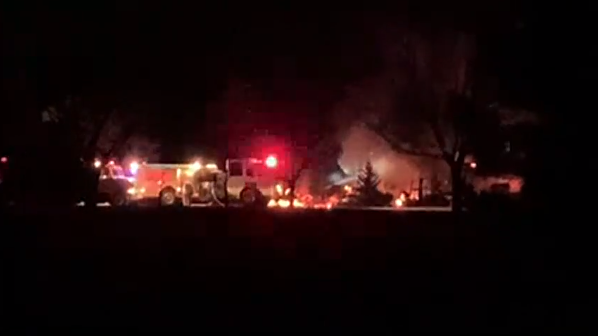 Lincoln, NE (12-29-2020) An overnight night fire southwest of Lincoln destroyed a storage building. Lancaster County Chief Deputy Sheriff Ben Houchin said it happened at a home northwest of SW 40th and West Denton Road.  The loss amounted to an estimated $200,000, according to Houchin, because of the damage to the building and its contents.

No one was hurt. The State Fire Marshal investigated and ruled that the fire was accidental. Southwest Rural Firefighters were called back out to that same location around 7 this morning on a rekindling.