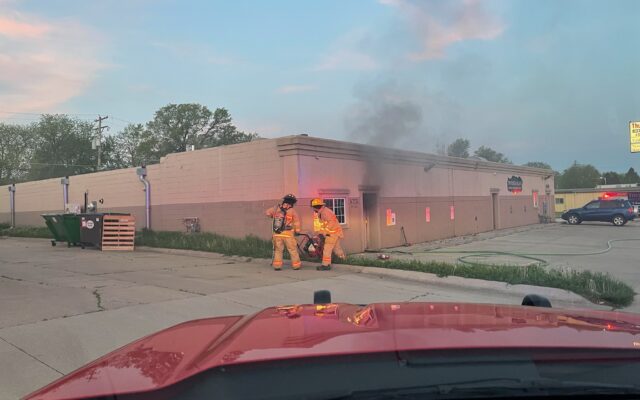 LINCOLN–(KFOR May 12)–Firefighters dealt with another early morning fire this week, as LFR was called out to a business building in north Lincoln just before 6am Thursday.

LFR says in a news release to KFOR News that firefighters were called to the building near 48th and Hartley, where smoke was seen coming from a door.  The owner had arrived to find the fire in the showroom of a honeybee and needle work business.

Firefighters were able to quickly put out the fire.  What caused the fire remains under investigation and no one was hurt.