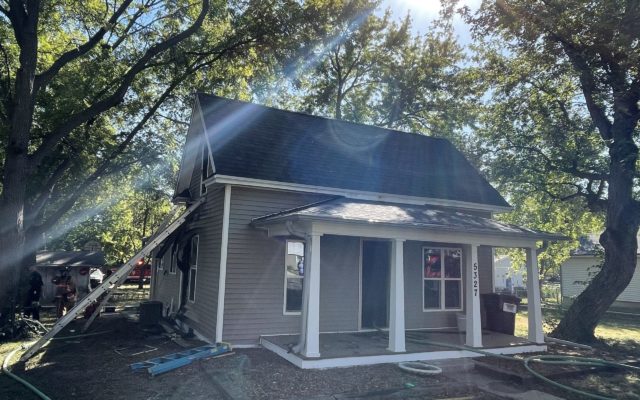 LINCOLN–(KFOR Oct. 5)–A fire mid-afternoon Monday damaged a northeast Lincoln home under renovation that was being converted into a rental.

Lincoln Fire Captain Nancy Crist told KFOR News first arriving crews saw heavy smoke coming from the home at 5327 Garland Street and encountered heavy fire conditions inside the house.  Water was put on the fire within five minutes after arrival and declared under control 15 minutes into the incident.

On Tuesday morning, Lincoln Police Officer Erin Spilker said Fire Inspector Damon Robbins reported finding evidence that the fire may have been started intentionally.  The scene was processed for evidence and a canvass was completed.  The damage was estimated at $168,000.