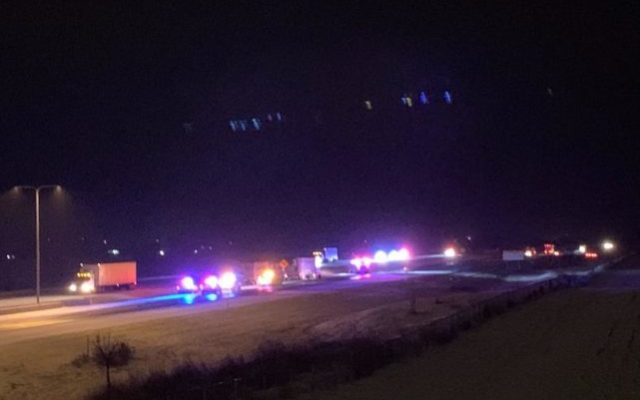 (KFOR NEWS  January 24, 2020)  The Lancaster County Sheriff’s Office says that a semi driver has been killed after a three-semi crash in the median of Interstate 80 near the NW 56th Street bridge.

Capt. Tom Brookhouser with LSO confirmed to our partner, 10/11 NOW, the crash happened in the eastbound lanes on I-80, then spilled over into the median. He says a semi lost control and jackknifed.  It was then struck by a second semi that also lost control and jackknifed. The driver of the first semi was killed, while the driver of the second semi was uninjured.

The Sheriff’s Office Accident Reconstruction Team is on scene working to determine the cause of the crash.  It’s not immediately clear if weather played a roll.

LSO says eastbound Interstate 80 is now open. Both east and westbound I-80 will see lane restrictions until the crash scene is completely cleaned up, according to Capt. Brookhouser.

The Nebraska State Patrol, Lancaster and Seward County Sheriff’s Office, as well as Southwest Rural Fire Department and Lincoln Fire and Rescue, are all responding to the crash.