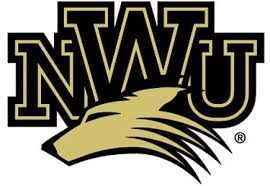 From nwusports .com and Dick Janda.
LINCOLN, Neb. – 10th-ranked Nebraska Wesleyan made eight of its first nine shots to get the home crowd ignited early and the Prairie Wolves fed off the energy to roll to a 95-64 victory over Wartburg College on Saturday night (Jan. 25) in American Rivers Conference men’s basketball action at Snyder Arena.

NWU shot 64.5% from the field in the first half to jump out to a 50-30 halftime advantage behind 18 points and eight assists from point guard Nate Schimonitz.

The Prairie Wolves continued to pour it on in the second half getting up by as many as 35 points late in the game before reserves played the final five minutes.

All five starters ended the game in double figures for the Prairie Wolves who shot 53.0 percent from the field for the game, after making over 71 percent one week ago at Central.

Wartburg (16-2, 3-6) tried to cut into the lead in the second half, making their first four shots coming out of the locker room but the Prairie Wolves offense was too much on Saturday night giving them their 15thconsecutive regular season conference win dating back to last season.

Nate Schimonitz continues to be the story for the Prairie Wolves as the catalyst for the offense.  He hit his first four shots of the game, including a pair of 3-pointers, and had the assist on three other baskets in the opening five minutes of the game when NWU shot out to a 21-7 advantage.

Schimonitz, who was on the National Team of the Week for a second time this season, ended the game with 28 points on 11-15 shooting.  He was one assist shy of a double-double with nine.  The fourth leading scorer in NCAA III basketball also moved past former teammate Cooper Cook for 4th on the NWU all-time scoring charts.

It was far from a one man show on Saturday with all five starters putting up big numbers.

Dylan Dirks was 6-8 from the field and 3-4 on 3-pointers to score 18 points with six rebounds.  Jack Hilleralso made three 3-pointers to finish with 13 points and tie for the team lead with seven rebounds.  Clay Reimers was sidelined most of the 1sthalf with foul trouble but he ended the game with 12 points, six rebounds, three assists, two blocks and two steals.  Reimers also provided a big highlight with a thunderous fast break dunk in the opening half.  Nate Bahe scored all 11 of his points in the seconds half, while adding seven rebounds.

The Prairie Wolves are getting on a roll from the outside, hitting 14 3-pointers in the win on Saturday after making 13 one week ago.

For Wartburg, Tyler Zumbach was the only player in double figures with 15 points.

place in the league standings at 6-2 and has a 15-2 overall record. That game will be broadcast on KFOR and kfornow.com. The Nebraska Wesleyan women’s basketball team was defeated by Wartburg 107-46.
READ MORE: Crete Man Found Guilty For 2018 Murder
Blaze Events