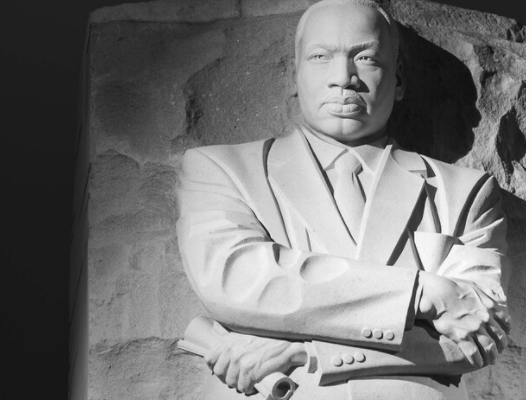 Lincoln, Nebraska, Jan. 18, 2021 — The University of Nebraska–Lincoln has announced the recipients of its 2021 Fulfilling the Dream awards, which honor the life and legacy of Dr. Martin Luther King Jr.

Fagan, director of leadership engagement for the Rural Futures Institute and assistant professor of practice of agricultural leadership, education and communication, is the recipient of this year’s campus award. She has a long history of activism and is currently working with the Lincoln Police Department to reform policies and challenge implicit biases. She also works with Nebraska’s rural areas to build stronger communities through inclusive leadership.

Yankton is the recipient of this year’s community award. He is a community leader who demonstrates a clear trajectory of activism and upholds the standards of King’s dream through grass-roots mobilization. His scope of work is not just statewide, but international. He demonstrates to other countries the work that must be done to positively impact their indigenous peoples.

Batool Ibrahim, a junior political science and global studies major at Nebraska, is the recipient of this year’s first-ever honorable mention campus award. Last summer, Ibrahim led the university’s Black Student Union in speaking out about violence against black communities. She also led BSU’s initiative to provide care packages to local families struggling to obtain food and necessities during the COVID-19 pandemic. The group raised thousands of dollars and created conversations among city officials.

Fagan and Yankton will receive the awards during a Jan. 28 livestream featuring Bernice A. King, the daughter of Dr. King. Those interested in attending can RSVP for the event at https://mlkweek.unl.edu/mlk-week-commemoration.

The Fulfilling the Dream award was established in 1997. Presented each January in celebration of Martin Luther King Jr. Day, it honors those who have contributed to the university or Lincoln by promoting his goals and vision.