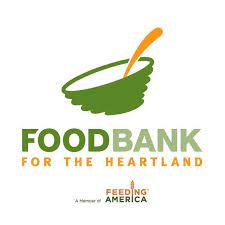 (KFOR NEWS  April 26, 2021)   Nebraska lawmakers are considering a proposal to expand eligibility limits for SNAP, the program formerly known as food stamps.  Proponents say L-B 108 would help working families hit by the coronavirus pandemic’s economic fallout.  Shelley Mann with the Food Bank for the Heartland says her organization has not seen a hunger crisis on this scale in its 40-year history. She says making SNAP accessible to more Nebraskans is critical because the program is a much more efficient way to feed people.

“There’s just no way that we can ‘food bank’ our way out of this increase in hunger. For every meal provided by every food bank in the United States, there are nine additional meals provided by the food stamp program.”

The legislation aims to eliminate the so-called cliff effect, where workers who get promotions and small pay increases end up losing hundreds of dollars in food assistance.  L-B 108 would allow families to continue receiving help, in part by considering expenses including child care that make it harder to purchase food. Critics warn that expanding SNAP eligibility from Nebraskans earning 130% of the federal poverty level to 185% would disincentivize people from seeking work.