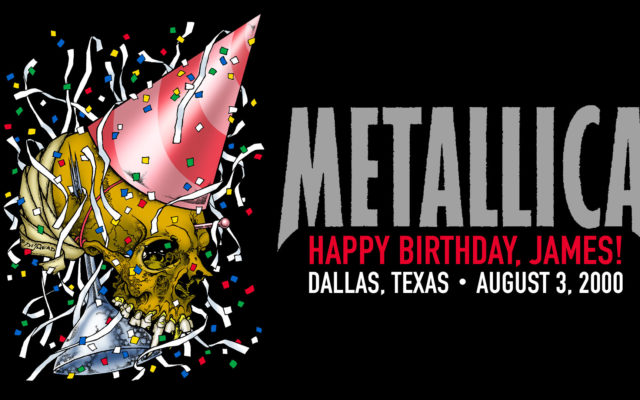 #METALLICAMondays means a METALLICA show from the vault every week!!

Metallica are offering up a brand new free streaming concert series on their YouTube channel and Facebook page.

You can watch each concert for an entire week before the next show’s posted online the next Monday.

August 3 – Filmed during the second of two free makeup shows at Starplex Amphitheater in Dallas, TX on August 3, 2000

July 20 – Waldbühne in Berlin, Germany on June 6, 2006 featuring “Master of Puppets” performed in its entirety!

June 15 – Live at Flemington Racecourse in Melbourne, Australia on March 1, 2013

The June 1st show – Metallica from Salt Lake City was only up for a week – hope you caught it!

This week the guys play “The Black Album” from back to front in celebration of the album’s 20th anniversary, including rarely performed deep cuts like “My Friend of Misery,” “Don’t Tread on Me,” and “The Struggle Within.”

Back to the hot, sweaty club show that launched Hardwired…To Self-Destruct, live from London. Tune in for free tonight at 5 PM Pacific / 8 PM Eastern – this weeks edition only was up for a limited time!

Metallica: Live in Muskegon – November 1, 1991 takes us back in time to the beginning of the never ending Black Album tour for a raw, grainy set filmed on house cameras with audio pulled straight from the soundboard.