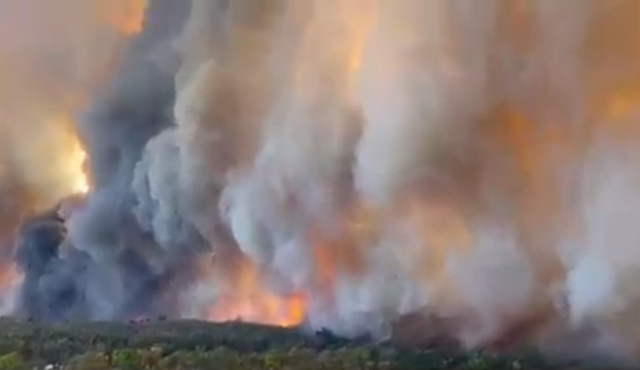 A wildfire is happening at Bessey Ranger District right now.  Details are thin as the fire is moving very quickly.  It’s apparently jumped Highway 2. Likely human-caused.  The campgrounds have been evacuated as has the Village of Halsey.  Forest Service and volunteer firefighters are on scene.

Update at 7:30 p.m.:  The #BoveeFire is currently estimated to be 15,000 acres.  Firefighters will be battling the fire through the night, and additional resources are en route.  Please heed all evacuation orders or warnings from local authorities.

Update at 5:30 p.m.:  This incident has been named the #BoveeFire.  Multiple large and single-engine air tankers have been dispatched, and an incident management team has been ordered.  Resources from South Dakota State Wildland Fire and the Black Hills National Forest are also on the way, including a dozer.