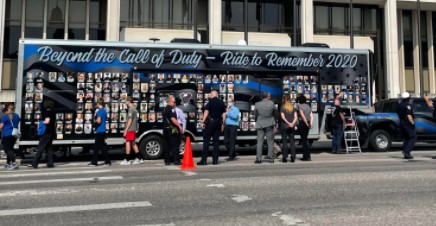 (KFOR NEWS  August 10, 2010)  Motorcyclists with a love for law enforcement stopped in front of the Hall of Justice in downtown Lincoln Tuesday morning to honor Lincoln Police Investigator, Mario Herrera, who died September 7th while on duty.

The Beyond The Call of Duty motorcade expects to log more than 22,000 miles traveling around the country, stopping into communities where law enforcement officers have died on duty.