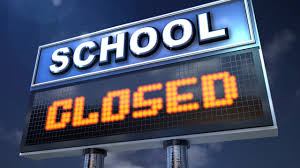 AUBURN, Neb. (AP) — An outbreak of COVID-19 cases has shut down a southeastern Nebraska elementary school only days after it opened for the new school year with no requirement for face masks.

Officials shut down Calvert Elementary School in Auburn on Thursday after “a pretty high number” of cases were confirmed among students and staff, Auburn Public Schools Superintendent David Patton said.

School and health officials declined to say how many cases were confirmed, citing privacy concerns. There are 466 students enrolled at the school.

The school is set to reopen Monday following a deep cleaning. And when it does, Patton said, masks will be required.

The school board has called an emergency meeting for Monday to discuss and possibly take action on COVID-19 protocols. School officials said they were not aware of any hospitalizations tied to the outbreak.

The school logged one case in an adult on Monday, and by Wednesday, “it was a floodgate,” Patton said. “I was getting notifications of positives on the hour.”

The seven-day rolling average of daily new cases in Nebraska has risen from 307 new cases per day on Aug. 4 to nearly 564 new cases by Wednesday, according to data from Johns Hopkins University.