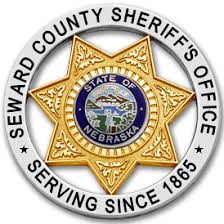 Lincoln, NE (July 7, 2021) On Friday, July 2, at approximately 12:30 pm, the Seward County Communications Center received a report of a possible missing person in rural Seward County. Deputies met with the reporting party, then determined that 84 year old Fredereick R. Rolfsmeier of Milford was missing. Once it was decided that Mr. Rolfsmeier was missing and may be in need of medical attention, assistance by the Nebraska State Patrol K9 Unit was requested. Soon after, The Seward County Sheriff’s Posse along with several volunteers were requested to assist in the search for Mr. Rolfsmeier.

Due to the tips that were given, the search team was able to narrow down a smaller search area. As the search continued into the afternoon a member of the Seward County Sheriff’s Posse located Mr. Rolfsmeier deceased just off the roadway. The initial investigation determined that Mr. Rolfsmeier died due to natural causes and no foul play is suspected.

The statement from the Sheriff’s office said “We are thankful for all the help our office received during this time. Unfortunately, this was not the outcome we hoped for, our thoughts and prayers are with the Rolfsmeier family at this time. “