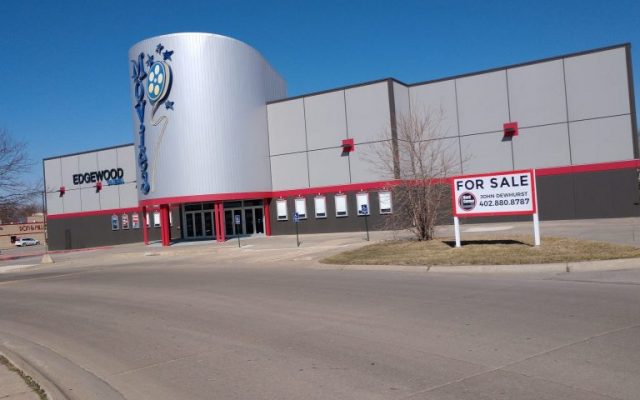 Lincoln, NE (March 9, 2021)  There’s a for sale sign in front of the Edgewood Theater at 56th and Highway 2. The theater has been closed because of the pandemic, but Marcus corporation spokesperson Mary Randa told KFOR the facility’s future is far from sealed.

“Because the theater is not currently open due to the pandemic, we’re able to just explore other options or interest from purchasers without interrupting business operations.”

The six screen Edgewood Theater has been closed, but Randa did not rule out re-opening.

“We’re exploring the options of other uses, but certainly are not ruling out the possibility of re-opening the theater once we can return to normal business.

Randa declined to provide the asking price or any other details, including whether Marcus would sell the facility as a turn-key operation, allowing other operators to compete with their remaining Lincoln screens.

She pointed out that the East Park, South Point and downtown Grand Theatres remain open for showings on a reduced, four day per week schedule.