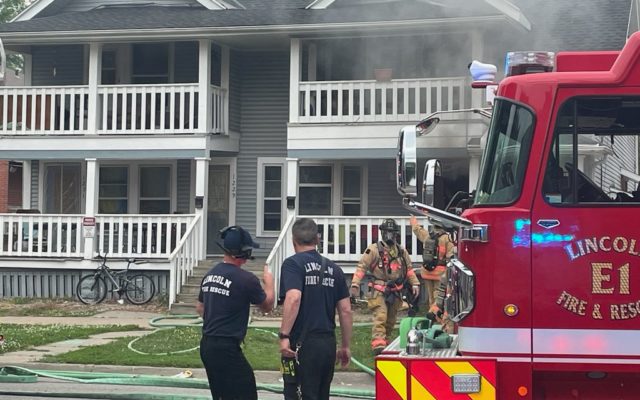 LINCOLN–(KFOR June 11)–An early morning Fire on Friday at an apartment south of downtown Lincoln is being considered suspicious, prompting the fire investigator to contact police for help in the case.

LFR was called around 7am Friday to an apartment on fire near 14th and “C” Streets and when crews showed up, they saw smoke from a two-story, five unit building.  LFR Captain Nancy Crist tells KFOR News the fire was confined to the living room of a second-floor apartment.

Crist says the fire didn’t spread from the living room and did about $7,000 in total damage to the apartment.  Officially, the cause remains under investigation, but Crist emphasized this fire is being deemed suspicious.

Thankfully, no one was hurt in the fire.