Driver In Hit and Run Case Arrested By LPD 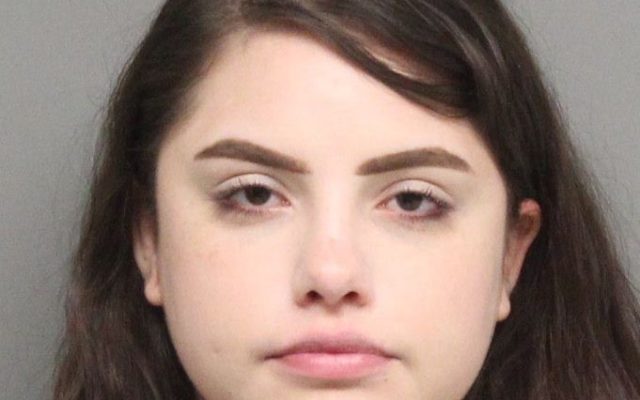 LINCOLN–(KFOR July 9)–The suspected driver in last Saturday’s hit and run in a northwest Lincoln neighborhood, that left a 21-year-old woman with serious injuries, is now in jail.

Lincoln Police Officer Luke Bonkiewicz on Friday said that 22-year-old Isabel Knapp-Cuevas was arrested at her home late Thursday night on several offenses, including leaving the scene of an injury accident, leaving the scene of an accident involving property damage, while also being cited for driving under revocation, no vehicle registration, and running a stop sign.

According to investigators, Knapp-Cuevas’ car was seen on home security video driving in the area of NW 6th and West Dawes around 11pm Saturday, when the vehicle struck 21-year-0ld Emilia Graham as she was lighting a firework in the middle of the street.  Graham went to the hospital the next day and was treated for serious, but not life-threatening injuries.

Evidence collected and video surveillance showed the incident where the car hit Graham.  Through that, police contacted Knapp-Cuevas on Monday afternoon and told her she may have been involved in the crash.  After going to her home to talk to her, Bonkiewicz says probable cause was developed by investigators to arrest Knapp-Cuevas.

Graham continues to recover from her injuries, including a broken collarbone , a concussion and scrapes to her face and body.

Click the link below to see the video of the hit and run provided to KFOR’s media partner, 10/11 Now.  WARNING: view discretion is advised.