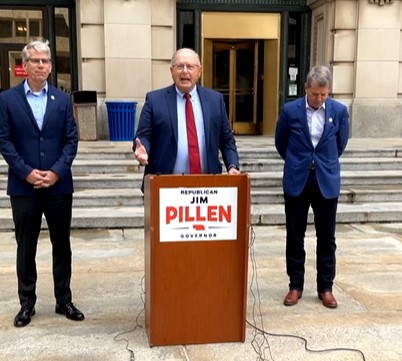 “Jim Pillen understands that public safety is government’s most important role,” said Kleine. “Jim will be a law-and-order governor, protecting Nebraskans, supporting law enforcement, and making sure criminals are held accountable. He has the backs of police and prosecutors, and that’s why he has my full support to be the next governor of our great state.”