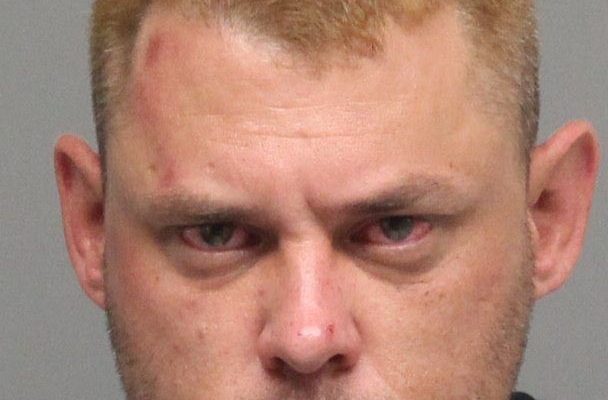 LINCOLN–(KFOR Dec. 9)–A 38-year-old Lincoln man is facing several charges, following disturbances he allegedly committed at several businesses.  In one case, he tackled an employee to the ground for not having a specific brand of cleaner.

Lincoln Police say it was around 7:30pm Tuesday where officers were dispatched to AAA Pawn near 11th and Cornhusker about a disturbance.  Charles Danczak had returned to the store after being banned earlier, for smoking in the store despite being told to leave. Officer Erin Spilker said officers are familiar with Danczak and they’ve responded to previous 911 calls that day involving him being banned from several businesses.

After officers showed up, Spilker said they got another report that Danczak hit another car with his car and then left.  Police were then called to the Kwik Shop at 14th and Admas, where Danczak had arrived and was causing a disturbance.  Officers contacted him but he ignored their orders and took off.

According to Officer Spilker, officers responded to two other calls at a Shell gas station and Family Dollar, where Danczak was reportedly causing disturbances and assaulting employees.

It was at Family Dollar that Danczak walked in and asked an employee for Comet bleach powder. The employee told Danczak they only carried Ajax, and according to police, Danczak grabbed the employee and took her to the ground, though she was able to wrestle away.

Officers later went to Danczak’s home, near 11th and Garber, where they spoke with his mother who told police he was refusing to come out.  Spilker said officers spoke with Danczak for a short time through the door, that he eventually slammed, and believed he may be highly intoxicated.

After the mother let officers inside, Spilker said Danczak tried slamming the door on them and resisted efforts to be arrested. Eventually, Danczak was arrested and taken to jail, where he was given a DUI test, but refused to submit to it.

Danczak was arrested on the following charges: